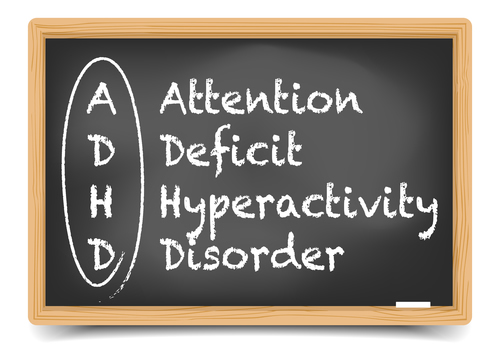 There was a time when Attention Deficit Hyperactivity Disorder, or ADHD, was laughed off as “kids being kids.” Research has shown, however, that ADHD is a neuro behavioral disorder that is often diagnosed in children. In fact, 1 in 10 children receives a diagnosis of ADHD and experts are taking notice of the condition’s impact in learning and even daily living.

Traditional treatments for ADHD are often heavily dependent upon medication, particularly stimulants like Ritalin. This drug has long been the standard for treating children diagnosed with ADHD and it, along with other similar drugs, have been shown to be somewhat effective in treating the symptoms of the condition in many patients. Unfortunately, that is not all that these drugs do.

Several of the drugs marketed specifically for ADHD are schedule II controlled substances and act very similar to amphetamines. Drugs including Ritalin have effects that closely mimic those of cocaine. Several of these drugs have been linked to cardiovascular problems in children and teens. Many of them are highly addictive.

Drugs like Adderall have become street drugs abused by teens and college students who enjoy its “speed” effects or who use it to stay awake so they can study. Some young women are abusing the drug by taking it as a diet aid.

Aside from all of this, though, are the effects a child’s brain and body undergo when they take the medication as prescribed. There is usually a distinct behavioral and personality change which often presents as a “dulling” or “stoned” reaction.

There are also great concerns that too little is known about the long term effects of taking ADHD drugs. It is a dangerous game to play with a child’s life.

Several studies have been conducted to determine the effectiveness of chiropractic treatments as a viable therapy for ADHD. A study published in the Journal of Manipulative and Physiological Therapeutics in 1989 was one of the early studies to explore this. The conclusion of the study was “impressive evidence” that the majority of the subjects did improve while using specific chiropractic care.

It also called for more studies to be conducted to further explore the possibilities that chiropractic care offers. Another study published in Explore (NY) in 2010 also provided strong evidence that chiropractic spinal manipulation has significant benefits for patients with ADHD.

Chiropractic is steadily gaining ground as a viable, effective, non-drug treatment for ADHD patients. Doctors of Chiropractic are teaming up with chiropractic neurologists to help move children away from the drugs. As they create chiropractic based ADHD treatments they not only free children from the unpleasant side effects of the medication, they also introduce them to a healthier lifestyle.

The patient is put through a variety of tests including a brain function exam. Their auditory and visual reflexes are tested as well as other assessments to determine not only the problem, but the specific manifestations of the problem as they relate to the patient. This results in a very individualized treatment plan that is tailored specifically to the patient’s needs, unlike “one size fits all” approach of drug therapy.

Through these individualized programs, data on the patient’s progress is constantly being gathered and compiled by the chiropractic neurologist. Often, children who go through such programs not only experience a significant grade improvement in the first three months, they also experience improvement in their academic performance even after the program is complete.

Improvements in patients who use drug therapy only experience the improvements as long as they are taking the drugs. Chiropractic neurology changes the brain function of the patient so that they enjoy its effects and benefits for life.

If you or a loved one is suffering from this condition, give us a call. Our Doctor of Chiropractic is here to help!