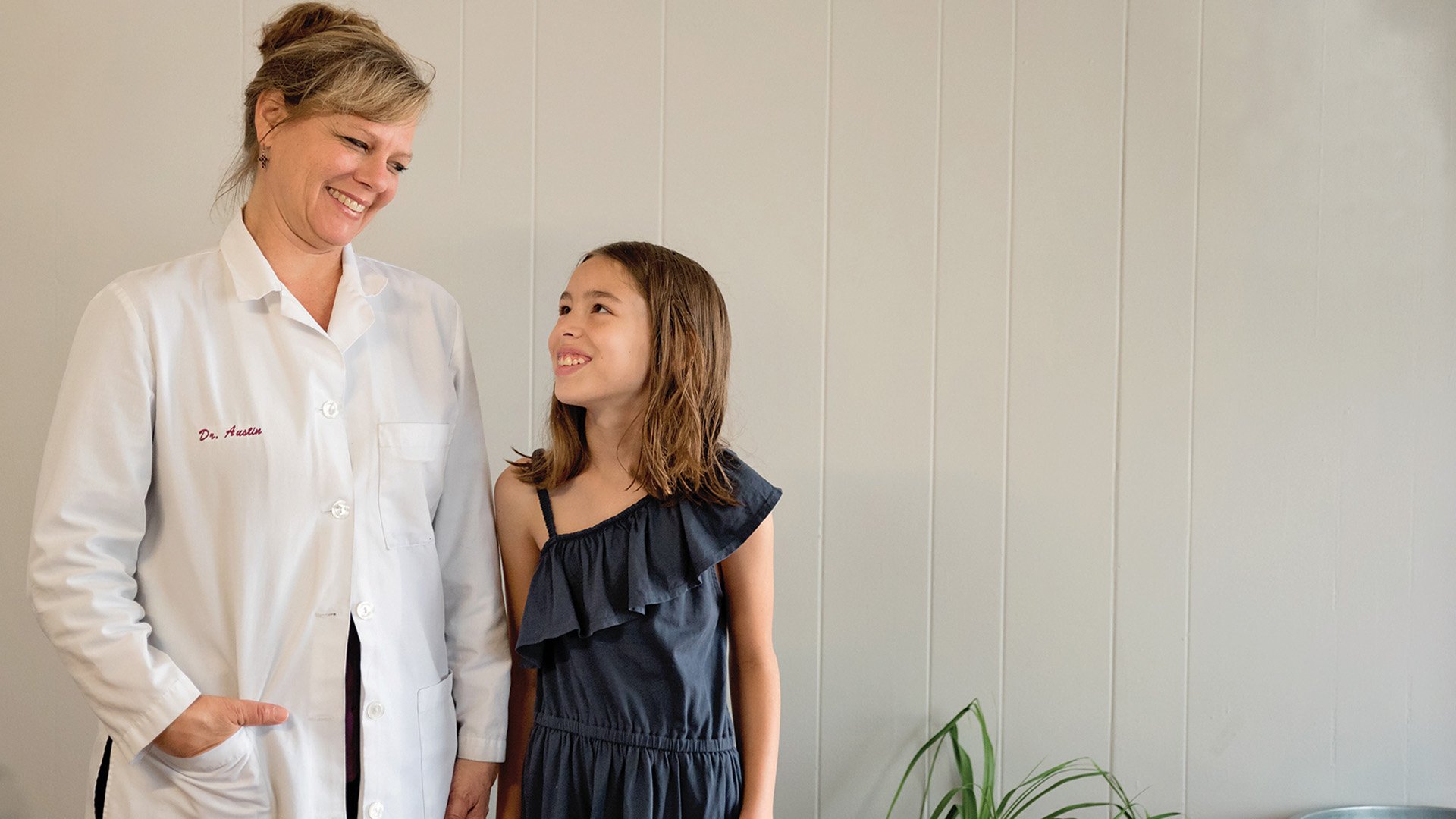 Diagnosed with dyslexia and ADHD, school has always been a challenge for Evalee. Different therapies and medicine improved Evalee’s performance slightly, but she continued to struggle throughout second grade


In search of a better solution and hearing Tri-State Clinic’s BrainCore therapy successfully helped her neighbor’s son with similar challenges, Evalee’s mother Kelly made the decision to call Dr. Austin at Tri-State. “

At first, we weren’t certain of what to expect, but Dr. Austin put us at ease by describing BrainCore in detail and how it can help students like Evalee,” said Kelly.

BrainCore therapy is noninvasive, drugless method to balance and increase the health of the brain. “Candidates for BrainCore often have dysregulated brainwaves, causing symptoms,” explained Dr. Austin. “BrainCore improves the brain’s ability to selfregulate. Coupled with spinal adjustments, the brain and the spine optimally align and communicate.”

BrainCore technology highlighted Evalee’s irregular brainwaves, helping Dr. Austin formulate a care plan. After working to regulate those brainwaves and by enhancing the connection between her brain and spine, Evalee’s symptoms began to improve.

“We explained Evalee’s dyslexia and ADHD to her teacher when third grade began. After monitoring Evalee’s performance, her teacher said if we hadn’t told her, she wouldn’t have known. It was amazing confirmation of the success Evalee has had with BrainCore,” said Kelly.

Completing schoolwork and achieving higher grades now comes easier to Evalee than ever before. “BrainCore therapy has positively changed the way Evalee performs in and out of the classroom,” said Kelly. “For Evalee, BrainCore was the answer.

Does not apply to Medicare patients. Not valid with any other offer or prior treatments. Offer expires 6-30-20.